“I’m also currently working alongside Andrez to bring to life the adventures of our character Crash Soirée. I work almost exclusively in digital media — predominantly using Photoshop as my art tool of choice.”

“I fell in love with the medium at an early age. It’s safe to say that comics are not just how I learned to read, but why I learned to read; I just had to know what these characters were saying. This fascination with comics created within me a desire to develop my artistic skills and knowledge — a passion that still exists well over 30 years later. It seemed only natural to have a crack at producing my own.”

“In the mid to late ’80s I came across the work of the Cyclone Comics lads: Tad Pietrzykowski, Dave DeVries, Glenn Lumsden and Gary Chaloner. At the time, I was amazed and encouraged to see such high-calibre work being produced at the local level, with a uniquely Australian voice. The comics they created were not just comparable to their U.S. rivals — in many instances, this was better.” 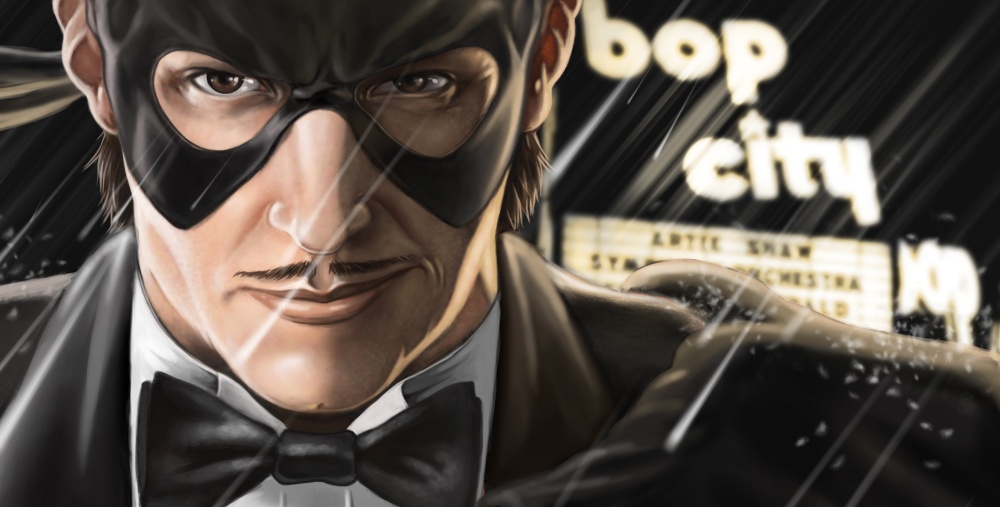 “It certainly feels as though Australian comics are going through a bit of one, and I’m not entirely sure why. A large number of truly talented individuals have, for some reason, decided to pursue comics — and I couldn’t be happier. There’s some really great stuff out there by people such as Matt Kyme, Paul Bedford, Cristian Roux and the exceptionally talented Stu Campbell [Sutu].

“That’s not even scratching the surface. Even the Cyclone boys are throwing their collective hats back into the ring, with a number of upcoming projects that I’m really looking forward to. I truly hope that this renewed passion and energy in the local scene manages to grip the general public at some level. No matter your preference in terms of story, you will find its equivalent in comics. Sci-Fi, fantasy, noir – comics do it all. They are no longer the strict domain of superheroes.”