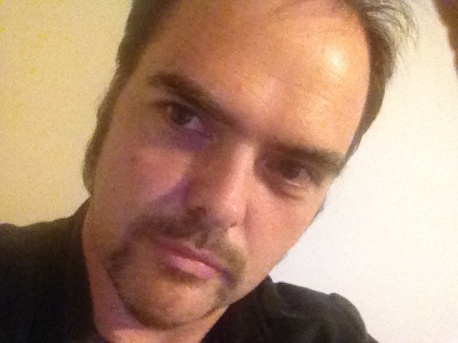 “It’s a bit like Heavy Metal Magazine, 2000 AD, Simon Bisley’s Lobo, or — if you like — a smut-addled version of Pokemon Go… but with babes, bullets and burgers.”

“As much as I would like to say that I was visited upon one night by the demon Baphomet or some other fate-driven dribble, it was a little more mundane than that. Been reading comics off and on since I was a child, and so was very familiar with the medium — even tried to write a couple growing up that never went anywhere. A few years back, having written some freelance art critiques and a few other things, I decided to write fiction, something that I’d always wanted to do. Comics were a medium I had an affinity for, and so it seemed natural to write them — though originally Job Dun was going to be a novel. However, I found that the visual element of the character and world was way too compelling for it not to be a comic, and so I started writing it as one. At this stage, writing comics is my main focus — though the allure of the novel is ever present.”

“My list of local comic book influences is longer than I thought: (a) Christian Read, loved his early work on The Watch, Witch King and The Eldritch Kid (both incarnations) and his current work with Gestalt Comics is always entertaining and smart. (b) Darren Close‘s Killeroo. (c) Ben Byrne‘s Kranburn — both gruesome and epic. (d) Jason Paulos‘ Hairbutt the Hippo. (e) The guys from Cyclone Comics: David De Vries, Gary Chaloner, Glenn Lumsden, Tad Pietrzykowski… The fact there was an actual comic imprint done from Australia, with solid superhero stories, that you could buy in newsagents in the ’80s, was significant as it kept alive, at the very least, the idea that it was possible to create comics in this country — despite the absence of a dedicated industry. All the people mentioned, each in their own way, clued you into the fact that top quality stuff could be made here. Pioneers, all. I also think (f) Stu Campbell [Sutu], with THE NAWLZ, NEOMAD, et cetera, is doing some great work and really showing the potential of the medium beyond the restrictions of the printed page — something I think comics need. That’s a discussion for another time, perhaps. Plus there’s some guy named (g) Andrez Bergen whose output and quality of work is a bit inspired and keeps me on my toes when it comes to upping my writing game — and he (re)introduced DADA into the comic book form in a way that was, from a narrative stand-point, substantive when it could’ve easily devolved into something gimmicky. Heard of him?” 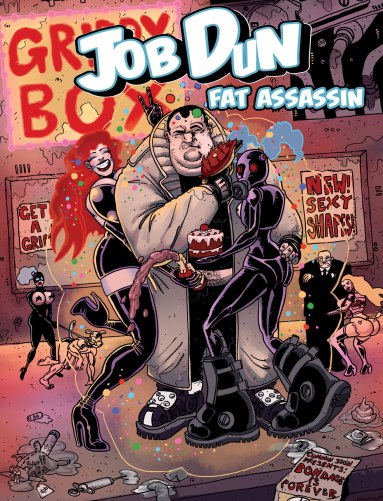 Er… no… Heh. Ta. So, is there really an Australian comics renaissance right now?

“A renaissance? Not sure, but something certainly is going on. I think the internet has played its part, where creators are more readily able to connect with other creators and audiences, and build a community of like-minded people. Most of the people who work on the comic with me come from overseas — this would not have been possible before the internet. It means there’s broader scope to look for artists whose style may be more appropriate for story, which impacts positively on its quality.

“Cheaper production costs have played their part too. Before, to create a quality product, on par with American comics for example, would have been cost-prohibitive — particularly for a single creator. Now, print-on-demand services are cheaper, which can encourage the desire to create a professional looking product.

“I also think that, in the last twenty years or so, the arts in Australia in general have moved, for better or worse, towards a more commercial orientation. This change perhaps has been slow in coming for comics in this country, given its relatively underdeveloped status here — compared to the U.S., Japan, Europe, or U.K. — but since the medium has always been entrenched in the market to be bought and sold, the new orientation fits neatly into it. Gone is the idea of the whiskey-soaked, stumble-bum writer howling at the moon (looking at you Bukowski!), as more and more people have become market-savvy, or at least speak in terms of that narrative, where the idea of the ‘professional’ has taken hold, and their brand (either as themselves as a ‘creative’, or their characters) takes prime place. Personally, I’m not really into that kind of thing — and perhaps I’ve created a bit of a straw-man in my characterization — but I have noticed its growing influence.

“Comics as a medium have also gained greater legitimacy to the broader public, albeit more as fodder for movies, cartoons and toys, due to Marvel and DC’s branding efforts of the past twenty years. The idea that the medium is the sole reserve of the stereotype of the quiet shut-in, afraid to socialize, is no longer valid. Culturally it has become more acceptable and part of the language — particularly when there is a buck to be made. How this translates for Australian creators remains to be seen.

“I also think that there’s been a bit of a renewal of the D.I.Y. ethos, a more localized shift to the personal belief that anyone can do ‘it’, and by ‘it’ I mean any kind of art — which can only be a good thing.

“For myself, I wanted to create some decent stories with high quality art in a format that people would want to buy. Oh, and tell the odd dick-joke. Seems that a lot of other people wanted to do the same at the same time (perhaps not the dick-jokes). Maybe Baphomet had his goat-y snout in it, after all…?”