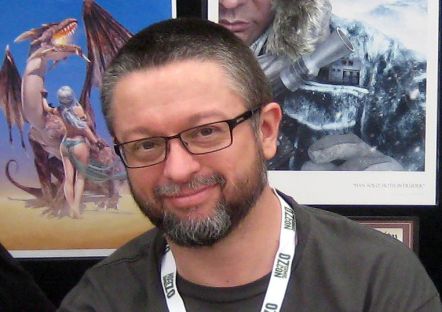 Sydneysider Chris Wahl is a commercial artist and illustrator who’s lately been busy with Titan Comics in the U.K., doing covers for Doctor Who, Vikings, Dishonored and Tank Girl, as well as being published by Britain’s new enfants terrible Dirty Rotten Comics.

Wahl began his career with the sci-fi/fantasy comic Oblagon in 1992, and — despite only publishing three issues of Platinum in 1993 — Wahl won two OzCon Awards for his work, including Favourite Australian Artist.

“I started self-publishing and illustrating my own comics back in the ’90s. At the time, I worked at Walt Disney Television Animation. Being surrounded by so many great local artists influenced and inspired me to self-publish.” 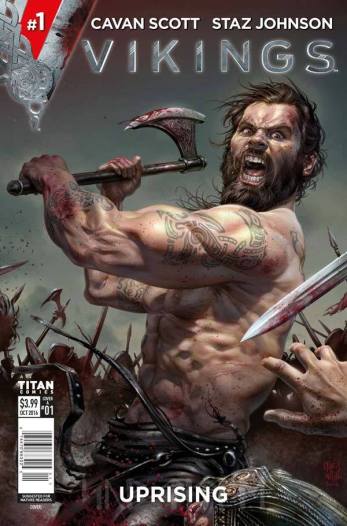 “When I was first getting into the local scene, it was greats like Gary Chaloner, Glenn Lumsden, Jason Paulos, and Trudy Cooper.”

“It seems to be that way. I think the main reasons for this ‘renaissance’ might be due to such things as more affordable printing, funding your comic on places like Kickstarter, social media, and being able to promote your product to potential customers and connect online with fellow creators — even the popularity of comic-based films has helped as well.”